BRETT: One of the most inspiring people in the world I think any conservative would acknowledge would be Ronald Reagan. Ronald Reagan, you know, you think about what President Reagan represented, especially yesterday being the 41st anniversary of our defeating the evil Soviet empire in the Miracle on Ice at Lake Placid at the Olympics in the semifinal round. You think back to that Cold War and how so many American politicians were afraid to stand up to the Soviets, were afraid to take a strong stand on the Soviets.

Well, one thing President Reagan had confidence and the ability to call out to us in the heart to reach for better and greater things. That was Reagan's gift, to relate to the American experience, the American fabric, the American people and to inspire millions, billions of people, not just here at home, but around the world yearning for liberty from the bootheel of the Soviet empire. 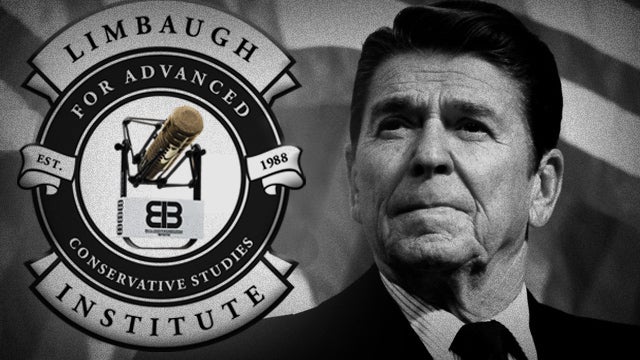 Well, I think you put right there with Ronald Reagan -- the inspiration that he was --- our own Rush Limbaugh and he was somebody who could inspire you to achieve and surpass expectations on a daily basis, to paraphrase a phrase from Rush. Rush inspired people to be the best they could no matter where they started in life. His optimism was infectious. He also had a tremendous respect for you. He often would repeat the phrase "Americans doing extraordinary things." In fact, this right here is something that President Reagan inspired in Rush. Let's listen to Rush.

RUSH: Reagan was not only optimistic, and this is the thing, folks, it's a good point too. Reagan was not only optimistic. He was right! His was not a phony optimism. It was not false in any way. It was right. He understood the basic nature of Americans. He understood the nature, the traditions, institutions that made the country great, and he appealed to them, and he appealed to the best in people. It's just waiting to happen again. You don't have to be Reagan to do it. You don't have to have his personality or his words. All you have to do is have the same opinions, the same passions about the country and its greatness, its potential. And you have to understand that it's the people who make the country work. It is not elites. It's not academia. It's not corporate CEOs. It's not government elites and elected officials.

The people who make the country work are you. You're out there, the people toiling away in anonymity, not seeking fame, not trying to get noticed, not uploading YouTube videos. "Please notice me, I want to be famous." There are people out there in the millions who make this country work, and it's to those people you appeal; it's to those people that you try to inspire; it's those people you thank; it's those people you encourage. If you have a genuine belief in what I just said, that the people, average, ordinary Americans accomplishing extraordinary things, if you believe that that's what makes the country work, and you run around and tell people this, cite the statistics, give them some hope -- everybody needs leadership, there are very few self-starters out there -- then you can write your own ticket.

BRETT: That was the sort of inspiration that you got from Rush every single day, and it's not lost on me that -- in so much of the country -- this program is on either during the lunch hour or, if you're on the West Coast and Mountain Time, running up right into the lunch hour. And I oftentimes would think as we were getting ready to do the show and doing the show and talking to folks out there and listening to Rush's message. 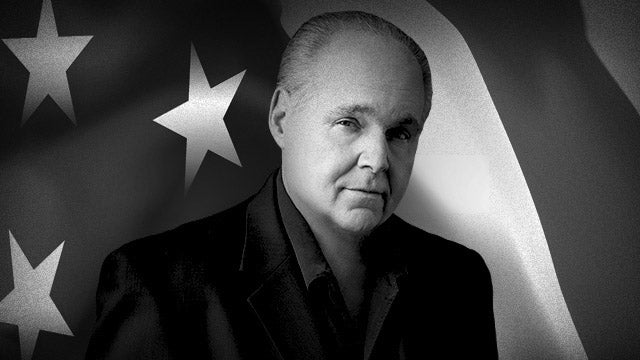 To have come out of a meeting and gotten yelled at or things aren't working quite right on a project or what have you. It's the great heroes that you will never hear from, the people who provide for their families, take care of their neighbors, their loved ones. Those are the people that were being uplifted. That is the very notion of the heartland, the heart of the nation, the heartbeat of the nation.

And Rush was so able and apt and amazing when he could tap into that and could explain that, that you don't need to wait for some great savior to come and lift you. You can lift yourself, as I've heard him say a number of times. I've heard him say it hundreds of times. The limitations that you impose on yourself are the most brutal limitation.

It's the idea that you can believe and strive, and it was the strivers and the believers who understood this message. And I'm sure that you, ladies and gentlemen, listening to this program today can still hear it echo.

About The Rush Limbaugh Show